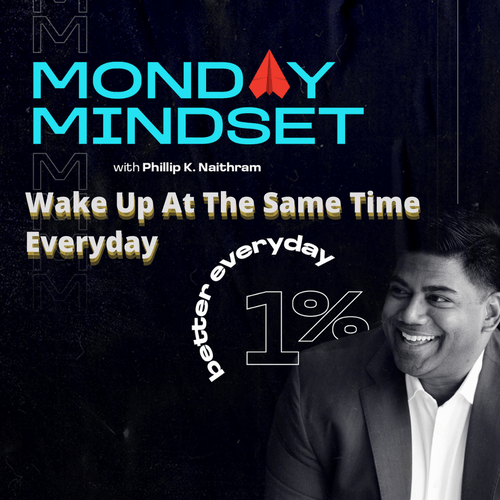 #102 Monday Mindset Wake Up At the Same Time

A few years ago, when the pain of staying the same finally became bigger than the fear of change I began working on a vigorous plan of action.

Listen to the 5 Mins Mindset Episode on all Players. Links below.

The actions I began taking helped me build a new relationship with fear, get out of my own way, change my attitude and outlook on life, unlearn old beliefs, and improve my physical & mental health dramatically.

I became an entirely different person.

Among other things I suffered from the delusion that if I just excel professionally and look good on the outside then it didn’t matter how I felt on the inside.

I, unfortunately, was failing at both and had a death grip on the false idea that validation externally would fix all my problems and make me happy.

I had no concept of what it would be like to be joyous, fulfilled, and happy with my everyday experience.

Living a life of daily actions toward improving myself from the inside out by growing personally, mentally, physically, and spiritually changed everything.

As Jim Rohn suggests I began to work harder on myself than I did on my job. In fact, I made working on myself my job and it's still my priority.

I began to do the work to unlearn and un-layer all of the old limiting beliefs, fears, and habits that had been weighing me down and suffocating my true Self

As I focused my attention on growing personally, I began to grow professionally.

It obviously took work but it began to feel almost effortless.

I began to do all of the things that I once thought I could never do or that would never work out.

Thought for the Week:

One of the very first places I started was developing a Morning Routine.

My routine has evolved over time but the starting point was committing to waking up at the same time every day.

I went from sleeping in and hiding under the covers to a 4:30 am riser.

Waking up at 4:30 am isn’t necessary. What’s most important is that you give yourself the opportunity to keep a promise to yourself.

I now take the advice of Kristen Holmes of WHOOP and wake up without an alarm but in the beginning, I needed it.

Pick a time, set the alarm, and wake up.

If you’re living what feels like the shotgun approach every morning then the rest of the day will feel just as chaotic.

It’s simple but not easy… I’d love to hear if it makes a difference.

CoPilot - Let's Take Off Together!

Build Your Own Personal Board of Advisors and Navigate your Best Self.

Connect with Me on LinkedIn 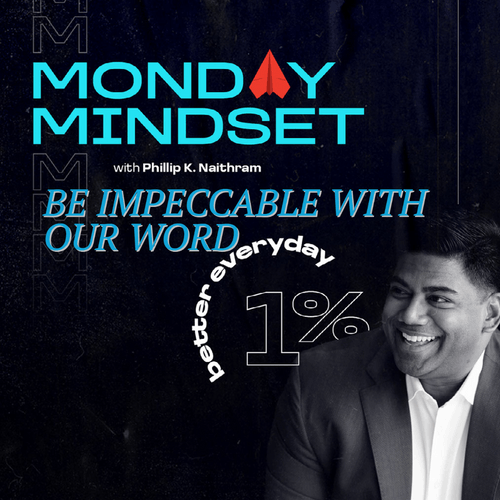 #104 Monday Mindset -Be Impeccable With Our Word 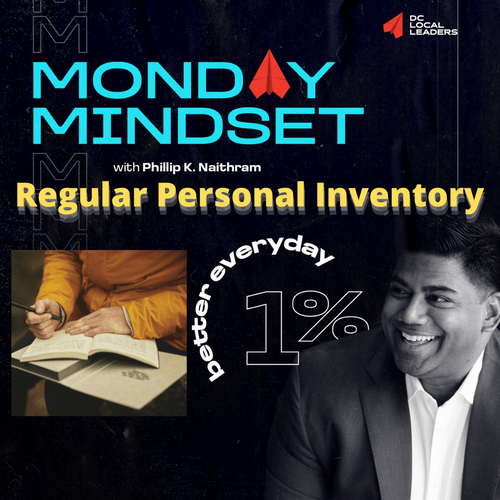 #103 Monday Mindset -Our Past is Our Greatest Teacher

“Never be a prisoner of your past. Become the architect of your future.”

#102 Monday Mindset Wake Up At the Same Time

Create The Vision You Want. Begin Living Your

GET THE Ebook and STEP BY STEP GUIDE

Create the Life you want. Go from wishing…to Visualizing and plotting the path with the most powerful, and most successful strategy for Achieving your Potential.

#101 Monday Mindset I Love and Approve of Myself

Your The Captian , We help you Fly

Your Personal Board of Advisors

One-On-One Calls with an Executive Coach